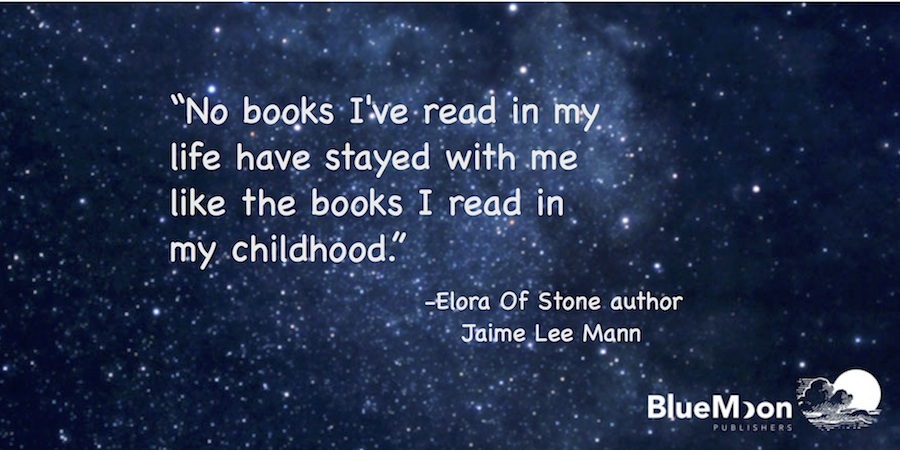 We feel that the Children’s fiction genre is one of the most important in existence as it contributes to a love of reading and encourages the growth of a literary mind. As children grow, their library of books will grow with them. It’s a genre at the very core of what Blue Moon Publishers represents, as we contribute a portion of our profits to a children’s literacy foundation, Room to Read.

We started publishing in this genre with our popular Middle Grade “Legend of Rhyme” series, and have upcoming titles that we are launching this year, both a picture book and a Young Adult series.

Middle Grade fiction is a growing genre within the Children’s fiction classification. Geared to readers from eight to twelve years of age, it captures the imagination and hooks children into reading. With fantasy series such as the “Legend Of Rhyme,” children are drawn into complex world-building, and spark their own imaginations. Jaime Lee Mann, author of the “Legend Of Rhyme” series, has experienced this effect firsthand: “I received a note from a parent a few days ago, thanking me for writing Elora Of Stone. This father said that his son had been a reluctant reader until he found my book and that it has excited him about reading. He thanked me, and that was one of the most touching gestures I have ever received. The right children’s book in the right hands can actually help a future grown-up understand that a simple book can enrich their life! And that has the power to change someone’s world.”

The Young Adult genre contains even more nuances. While aimed at readers from thirteen to eighteen years of age, where protagonists are in the same age bracket, there is a cross-over into the growing New Adult genre aimed for eighteen to twenty-four-year-old readers with a focus on the experiences and discoveries of entering adulthood. “While some skeptics have asserted that that sounds suspiciously like repackaged ‘chick lit,’ there are key differences—notably, characters skewing younger, and the existence of New Adult subgenres, such as historical (as in Allison Rushby’s The Heiresses) or cyberpunk (Mari Mancusi’s Tomorrow Land),” writes Brian Klems for Writer’s Digest. J.R. Stewart, author of the upcoming “Nirvana” series, writes, “Some themes and feelings are universal and transcend age – identity, loss, love, fear. I don’t write for a particular genre, but rather have a story I feel needs to be told. The more age groups find value in my message, the more my writing has value to me, and hopefully to others.”

The question of age limitations may be a mute point anyhow. Readership for the Young Adult genre spans even further – a recent study show that 55% of YA book buyers are older than the target age group, with the largest segment aged thirty to forty-four. As Mann has said, “Children’s literature is intended to expand minds and to force children to think about things in a different way. It stimulates imagination and creativity. What is more important than that? (And what adult couldn’t also benefit from such literature?) Through reading children’s literature, you learn how to dream!”

What person, at any age, whether five or fifty, doesn’t still hold on to dreams…

Who is your favourite children’s author?