New YA Novel Launches in Toronto! 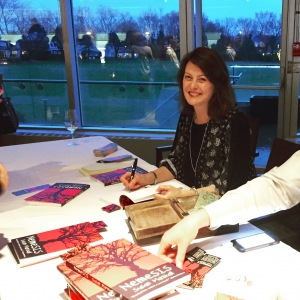 Both events were well attended, and offered Susan an opportunity to read from NemeSIS, present brief thank you speeches, and then sign copies for eager fans! 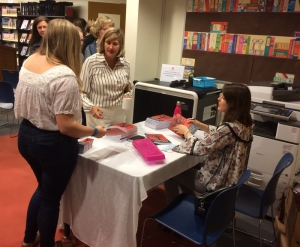 Dad has moved out and Mom has checked out, leaving the door wide open for the beautiful, erratic Rachel to torment her “loser, loner” younger sister, Nadine. With her family in full meltdown mode, Nadine is alone, trying to cope with Rachel’s increasingly unpredictable moods. Friendless, but determined to turn her life around, Nadine meets Anne, who introduces her to field hockey and to her hot twin brothers, Matt and Cameron.

As Nadine’s star begins to rise, however, Rachel plots to bring her back down, and the tension ratchets up when Rachel starts dating Matt just as Nadine is getting to know Cameron better. When Matt’s interest starts to fade, Rachel goes into overdrive. Is Nadine ready to risk it all in a final showdown with her sister? 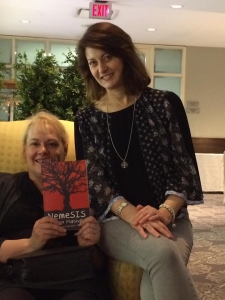 Thank You To All Supporters of NemeSIS!

Blue Moon Publishers thanks all who came out to support Susan Marshall at her launches, and contributed to making these events such grand successes! 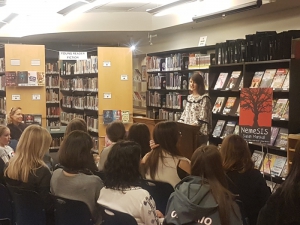 Have you purchased your copy of NemeSIS yet? What did you think? 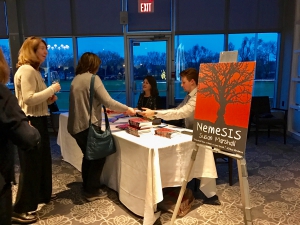