Crowdfunding: Because Hawthorne Would (And So Should You!) 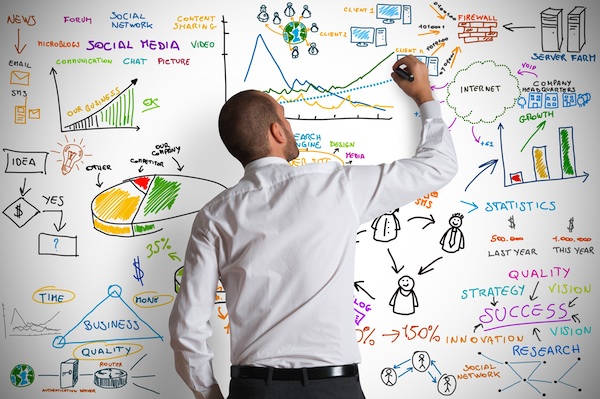 “Easy reading is damn hard writing,” Nathaniel Hawthorne once famously quipped.  And this was well over 150 years ago: before the Amazon Kindle, before mega-bookstores, before the literary agent, and before typewriters, even.  We all know the hard work Hawthorne refers to is the writing itself—and that has not changed much—but the changes since The Scarlet Letter have come fast and furious, and often dizzyingly so.  Writers now do their work upon computers connected to that ultimate distraction, The Internet—an invention that has simultaneously turned the entire publishing industry upside down.  With so much change and uncertainty in the marketplace, what are our modern-day Hawthornes to do?

The answer, in fact, goes back farther than even Hawthorne.  “Patronage” is an idea that goes back all the way to Shakespeare, and beyond.  In 2013, patronage is back, and has given writers a powerful tool for making their “damn hard” just a little bit easier.  Of course, language evolves: today we call the best avenue for patronage “crowdfunding.”

Crowdfunding, simply, involves using the power of the Internet to pool people and their monetary resources around shared interests and causes.  Throughout the last two years, sites like Kickstarter.com and GoFundMe.com have provided anyone with a good idea the means to raise funds toward bringing that good idea to life.  Those sites, and many others, have changed the face of numerous industries, from technology startups to board game creation. Analysts also see crowdfunding as a new sector that has unlimited growth potential, and shows no shows of slowing down. The reason is simple—people like giving money to causes they believe in.

The appeal for writers of every stripe is apparent.  Rather than spending years writing their work, only to have to attempt to find an agent, and then a publisher, and then the right editor, writers can now go directly into the marketplace, before their work is finished, to ascertain if the marketplace of readers wants to read the work.  Properly executed, a literary crowdfunding campaign can reap immediate financial reward for the writer, freeing them up again to focus on getting their ideas onto the page.

Crowdfunding is really a natural place for writers to be—despite the stereotype that introverted writers are afraid of crowds!  Today, the savvy writer knows that she needs a strong social platform (Facebook fans, Twitter followers, and a vibrant blog community) to truly succeed.  Many have also taken to heart the dictum of “1000 True Fans,” which mandates that an artist should cultivate a rabid base of 1,000 fans to become successful.  These are useful concepts, and crowdfunding gives artists the platform to connect directly, often intimately, with those fans.  If a fan will spend $10 to purchase your book at a mega-bookstore, it’s very likely they will spend even more to get that book directly from you, possibly with some extra touch, such as an autograph or bonus artwork, included.  That means more money for writers, more connection for readers, and a positive new meeting place for everyone in the literary community.

Perhaps the best thing about crowdfunding for writers is that it doesn’t preclude any other path to literary success.  A writer who executes a successful crowdfunding campaign has not only given themselves a sizeable “author’s advance” to finish their work (remember those?), but they have also now announced themselves and their work to the entire literary community, in a very powerful way.  Today, traditional publishers are on the lookout for authors who already have the tools and platform to appeal to the broader market.  Self-publishing your work via Kindle Direct Publishing, Smashwords, and other ebook distribution channels is a very viable route to success still available after crowdfunding the work originally. Crowdfunding adds a powerful new arrow to the writer’s quiver—it doesn’t replace the others.

Mexican novelist Carlos Fuentes brilliantly restated Hawthorne’s “damn hard” dilemma when he said, “Writing is a struggle against silence.”  Let’s face it: as important as that struggle is, it’s also an extremely daunting one—especially for the stereotypically introverted writer, who wants nothing more than to sit at the desk and “do the work.”  Crowdfunding is the future of financing literature, and as such, today’s writers must look at how a crowdfunding campaign can help them achieve their dreams.

Steve Goerger is the founder of Storycrowd.org, a forthcoming crowdfunding platform for writers.  His fiction has appeared in Etchings, Ampersand, The Portland Review, The South Dakota Review, and elsewhere. He can be reached on Twitter: @storycrowdorg.