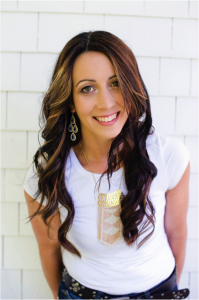 Chatting About Elora of Stone

We had so much fun catching up with fantasy author Jaime Lee Mann that we decided to do it again, this time focusing on her new middle-grade novel, Elora of Stone.

1. What do you love most about your main characters in Elora of Stone ?

I love that I’m still getting to know them! Elora of Stone  sort of sets the scene for the rest of the “Legend of Rhyme” series, so we’re really just introduced to Ariana and Asher Caine halfway through the novel. I know them better than the readers do now, of course, because I have scribbled pages of character sketches and notes, but they’re still teaching me about themselves. So far, I love Asher’s curious nature and Ariana’s bravery. And I am quite fond of the bond that the twins share and how they are stronger together than when they’re apart. Anyone with close siblings will understand that to be true!

2. What was the hardest part about writing Elora of Stone ?

The hardest part of writing Elora of Stone  was finding the time to write it! Words pour out of me when I have the chance to sit down and focus, but with a successful business and a very busy home life, the challenge is finding those bits of time to sacrifice for creative writing. The writing process is a pure indulgent pleasure for me, so I try to honour that by setting aside at least two hours per day for creative writing; in the morning before everyone else wakes up, and in the evening when everyone else is in bed. I write a lot on the weekends, and I’m lucky enough to have parents who love taking my daughters for weekend sleepovers to let me work!

3. Did you always know that Elora of Stone would be a trilogy?

I did know Elora of Stone would be part of a series. It had to be, because the story is too long to tell in just one book! The problem is, the subsequent books are so much fun to write, that I might not be able to stop at three.

4. What have you learned about writing through creating your first middle-grade novel?

I’m learning that the middle-grade audience is probably the toughest age-range to write for. They devour books, which is great, but they like them to be written in a particular way. For instance, I’ve learned that this age group doesn’t like too much description because it bores them, but if there’s not enough, they aren’t drawn in. They also need enough action to keep them turning pages because of their attention spa—oh look, a puppy! It’s also a very impressionable age so I feel a lot of responsibility to shape strong, relatable characters that will teach good messages. For me personally, the most influential books I’ve ever read were those I read between the ages of nine and twelve, so this children’s author gig isn’t a role I take lightly!

Elora of Stone is currently available for purchase on Amazon. Booksellers can purchase print copies via Ingram.

What have you learned about the writing process by writing stories of your own?