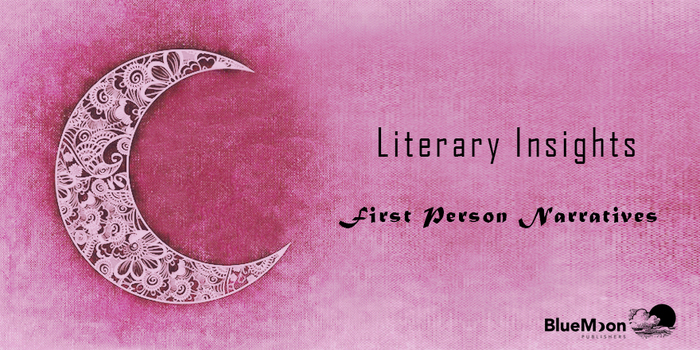 Through the Eyes of a Child

Authors seldom choose to write adult fiction or non-fiction from a young child’s perspective because it is difficult.  Even less often do they write from a young child’s perspective in the present tense because it is even more difficult.  In this article, I discuss Irish writer Frank McCourt’s memoir, Angela’s Ashes (1996), Irish-Canadian writer Emma Donoghue’s novel, The Room (2010), and American writer Cristina Henriquez’s short story, “Beautiful” (in Come Together Fall Apart, 2014) — writings representing three different genres that are extraordinary because the authors were not afraid to undertake the difficult task of writing from a child’s perspective in the present tense and did it effectively.

Frank McCourt’s Angela’s Ashes is the best memoir I have ever read, in part because of McCourt’s ability to translate his impoverished childhood growing up in Ireland through the eyes of the eldest of seven children, beginning at the very young age of three.

In the memoir’s first few pages McCourt writes in the voice of a 64-year-old in reflection, introducing us to his family history and the childhood we are about to experience with him:

Within a few pages, however, McCourt is transporting us back to Limerick in the 1930s when he was three. We begin experiencing the terrible deprivation of his grim childhood in the same moment with him:

McCourt has indicated that it took several attempts to write his memoir before he was able to find the “book’s voice.”  His efforts were disappointingly ineffectual because his “prior and analytic self was uncooperative, belligerent, until one day he asked the most self-evident question of all:  ‘Why didn’t I just tell my story naturally?’”

Accurately reflecting the thought process of a three-year-old, McCourt’s diction is simple at first, but “progresses as he matures. His choice of diction is effective,” writes Anna Vikol, “because it shows how a child sees the world, how innocent his mind is, and how he begins understanding and learning new things with each day that passes.”

Boston Globe reviewer Gail Caldwell writes: “The memoir is rendered in the present tense, with nary a date or quotation mark in sight.  The result is a story so immediate — so gripping in its daily despairs, stolen smokes and blessed humor — that you want to thank God young Frankie McCourt survived it in part so he could write the book.”

The Room is narrated by a five-year-old boy who has spent his entire life in the confines of a locked, soundproof garden shed (“Room”) with his mother, who was kidnapped at the age of 19, as his only companion.  Through Jack’s eyes, we see how his mother turns each day into an adventure with creative games, stories, and activities that become his childhood reality.

Through Jack’s eyes we also see how his mother’s captor (and Jack’s father) continually rapes his mother while Jack hides terrified in the wardrobe.  When Jack does manage to escape (pretending to be dead) and views “Outside Room” for the first time, readers experience this new world, which he could only imagine as fantasy before, through his fresh eyes.

In an interview with The Economist, Donoghue said she never considered writing The Room from any other perspective other than Jack’s. “I hoped having a small child narrator would make such a horrifying premise original, involving, but also more bearable: his innocence would at least partly shield the reader on their descent into the abyss.”  She borrowed heavily from her own son’s observations, dialogue, jokes, and grammar, who was five years old at the time that she wrote the book.

Cristina Henriquez’s “Beautiful” is a harrowing but empowering short story of a child’s sexual abuse told in present tense from the perspective of an eight-year-old girl whose estranged father is her abuser.  Ironically, the father she feels so lucky to have at home once more (“I have two parents to kiss me goodnight”) becomes the person she must flee.  In a child’s innocent way, she tries to imagine why her father is in her bedroom.  “I think maybe he is confused because he hasn’t been here in so long he can’t remember which room is his,” she reasons.  Maybe he’s sleepwalking.  Or maybe he just wants to talk.  But what her father wants to do with her as he holds her down so hard that she can feel her hair breaking from her scalp is confusing and sickening:

The narrative child’s voice in present tense makes this story incredibly personal and powerful.  It draws us into her joy at her father’s return which just as quickly becomes her horror.  But this is not a child who is going to succumb to trauma.  To overcome this horrendous experience, she cuts off the hair:

And before I know it, I am standing, with the door locked, in the bathroom, up on the wooden step stool, looking in the small, wavy mirror. I am cutting it all off, as close to the roots as I can get and promising myself that he will never never never again be able to hold me like that.  I cut the millions of rivers of hair until it’s all dried up and washed out and can be filled with nothing but wind.  Little by little, I feel the fire cool. (p. 125)

Even though he mother berates her for “ruining” her hair and her father demands to know, “Who did this to you?”, no one can take away the daughter’s feeling of confidence that she is “more beautiful than ever,” protected by the wall she has built around herself that her father can never again penetrate. (p. 128)

There are no set guidelines for writing from a child’s perspective, and there are many variations that writers have used successfully. Some books, such as Harper Lee’s novel, To Kill a Mockingbird, and Mary Karr’s memoir, The Liar’s Club, were written about childhood but from an adult perspective looking back in time.  Maya Angelou used a mixture of child and adult perspectives when writing her autobiography, I Know Why the Caged Bird Sings.  In The God of Small Things Arundhati Roy adopted an omniscient narrative perspective but frequently enters the thoughts of child protagonists and fraternal twins, Rahel and Estha, allowing readers to see the world from a child’s perspective.

Present tense narratives are especially challenging because a writer must authentically recreate the naïve perspective and narrow world vision of the unadulterated child without any apparent beauty of hindsight or knowledge of the future.  The writer must also be able to honor the limited vocabulary of a child, writes Paulette Bates Allen, “while still appealing to the verbally sophisticated adult reader.”  McCourt, Donoghue, and Henriquez provide models for how it can be done well.

Have you ever written from the perspective of a child?